Written by Rakib Sarwar, B Pharm, See his Articles here.
This article is copywritten for Theperfecthealing.com only.  All rights reserved.
purposes. The oldest known reference is found in the Hebrew Old Testament in the book of Isaiah, chapter 28. Theologians and historians agree that the Hebrew "ketzah" referred to in this reference is the modern day cumin.
Eastern and Egyptian Roots

Black cumin has many names but is commonly known as "karayal" in many eastern cultures. The herb has been identified in many archaeological sites Egypt, including the tomb of King Tutankhamen. Although many of its uses in Egyptian society are currently unknown, it was used as part of the beauty regimen of several Egyptian queens such as Nefertiti and Cleopatra. Its appearance in burial sites indicates it was revered as necessary for prospering in the afterlife.

Assyrian documents record cumin as being used medicinally for treating many common maladies, including digestive complains, internal parasites, as a uterine stimulant after birth and to reduce swelling in the extremities. It was also combined with other oils to treat skin diseases or scattered between layers of woolen clothing as a natural insect repellent.

As an ingredient in both topical and internal remedies, karayal has been used for centuries to treat a variety of gastrointestinal disorders, parasites, circulation, and immune system malfunctions and skin problems. Its seemingly universal applications caused the Prophet Muhammad to declare this "black seed" could be used as a treatment "for every disease except death."

The Islamic philosopher and physician Ibn Sina, or Avicenna, believed the herb was an effective treatment for fatigue or ‘dispiritedness,’ increasing energy levels and detoxifying the body. He prescribed it for a myriad of ailments, including fevers, coughs and head congestion, as well as for treating wounds, poisonous bites, sores, toothache, headache, and mucus in the lungs. 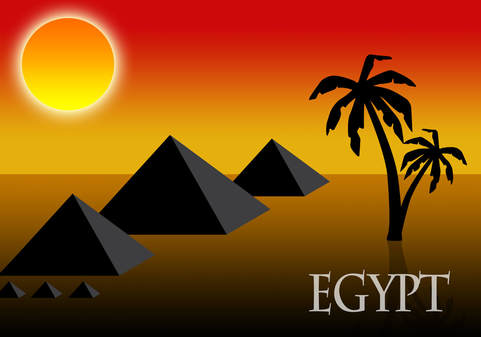 The long history of the use of karayal seeds in Eastern cultures earned it the nickname of “the seed of blessing.” Many Eastern countries have used the herb for centuries for:
Karayal has also been a traditional culinary herb for centuries. It is most commonly roasted to enhance its aromatic properties, then used either whole or ground in many flavorful recipes. It has been a favorite addition to stew, curry, chili, meat and vegetable dishes.
European History

The use of Nigella Sativa can be traced back for millennia in Greek culture. The first-century Greek physician Dioscorides, who has been called the father of Pharmacology, recorded the use of cumin as an oil he called ‘Melanthion’ to treat nasal congestion, toothache and as a diuretic, along with its common uses for indigestion and female disorders.

In the fifth century, Hippocrates is also known to have valued the herb for treating liver function and stomach disorders. Pliny, the elder, called N. Sativa ‘gith' and used it to treat a plethora of ailments, from all manner of bites and stings to tumors and skin rashes.  He also used it for treating colds and nasal congestion.

Germany physician Jacobus Theodorus, known as the father of Germany botany, wrote: "The New Complete Herbal Book" in 1588. In it, the many benefits of the herb Nigella are regaled in detail. The herb is touted for use for such ailments as:

Scientists agree that the Nigella Sativa has the potential for many on going health benefits. Studies continue to validate the historical claims of the usefulness of the herb. Cumin continues to be used in many homeopathic remedies around the world.

As one of its more unusual properties, cumin has been found to help to maintain body heat, which is especially important in colder climates. Many foods in western diets weaken the body’s ability to stay warm. Cumin helps to stimulate and restore this function.

The herb's antimicrobial qualities make it an effective treatment for salmonella and other food-borne bacteria. Studies have shown cumin to affect similar to antibiotics in the digestive tract, which makes it an alternative or supplemental treatment option for drug-resistant strains of E-coli and other infections.

Cumin has also been shown to have antioxidant properties, which may account for its overall capacity to heal and restore so many body functions. Modern research suggests that this herb will continue to prove itself useful in the treatment of more historically recent diseases such as some cancers, diabetes, aspirin-induced stomach ulcers, sleep disorders, and allergies. Black cumin may also be helpful in treating:
Adverse reactions to the use of N. Sativa are rare and include an occasional skin rash. Effects on pregnant women are not known, although some advice against use for expectant mothers. Overall, black cumin continues to be a dependable addition to any herbal pantry. The herb is readily available and easy to use for everyday ailments.
Final Words

Nigella Sativa continues to confirm its worth after centuries of effective use. As many are exploring more traditional treatments in the face of economic challenges or dreaded side effects from synthesized medications, cumin is regaining popularity as a safe, dependable alternative.

This plant is really very useful, and people are using this from the ancient period for treating different disorders, and even famous beauties of the history also used it to keep their beauty long lasting. We can learn from the history and explore new ideas to get the maximum benefit from this wonderful plant.
MY RECOMMENDED BLACK SEED OIL - HERE
References:
Proudly powered by Weebly